What, Are You Taking On Gravity Forms? 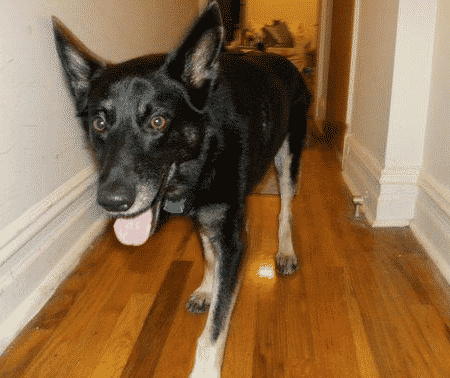 This company could have been named after my dog Hobbes. Instead its named after a free plugin that our lead developer David Cramer wrote before we started working together called Caldera Forms. That can make it appear as if we see ourself as in competition with Gravity Forms. But I don’t see it that way, or out to challenge their position in the market.

Last week, I wrote an article on this blog on using Stripe to accept payments on your WordPress site. In it I offered a discount both on the Caldera Forms Stripe add-on and the Gravity Forms Stipe integration by Gravity Plus. The very first post on this post started with a mention of Corey Miller and a link to his company iThemes.

It may appear counter-intuitive to be directing traffic to a “competitor.” The fact of the matter is the Gravity Forms is awesome and they deserve to be on top of this part of the market. Like Pippin Williamson wrote recently on his blog, competitors should inspire. And yes, I’m inspired by the success of Gravity Forms, but this article isn’t really about Gravity Forms.

The more important inspiration for what I’m trying to do with CalderaWP comes from people like Corey or Pippin. People who have created successful products while inspiring others, like myself to do better work, to create something of our own to add value back to the community.

More importantly, watching how they work has shown me the importance of working with other people and and focusing on empowering them to do great work. If anything, my only regret so far in this journey is that I wish I had the financial resources to start with four or five partners, all of them instead of one.

So What About Gravity Forms?

Gravity Forms is awesome and it is what everyone thinks of when they hear “WordPress Form Builder.” Of course, since launching CalderaWP, I’ve been asked a few times if we are “taking on Gravity Forms?”

So are we? No, not really. Yes we have a form builder and premium add-ons for it, but our focus isn’t going after the folks on top.

What We Intend To Do

Caldera Forms exists because it was a fun thing for David to make, and put his BaldrickJS AJAX framework to work. He built it long before we ever considered working together. I’m glad he did as while it’s not our primary product line, it’s important to everything we are trying to do.

When we started talking about what eventually became CalderaWP we realized that starting a company not named Caldera, that sold Caldera Forms add-ons as well as other plugins, was a branding problem. Also we both really like the name and I’m glad we used it, even if I did love the idea of naming the company after my dog Hobbes.

If you’re using Gravity Forms or Ninja Forms or anything else and it works for you. You should keep using it. Change for the sake of change is a waste of time and money.

Forms are not exactly our focus–our focus is on new things. This week, we are releasing two new plugins–Caldera URL Builder, a visual editor for WordPress permalinks and Caldera Forms Mark Viewed. The first of these plugins, Caldera URL Builder, like all of our plugins, uses BaldrickJS to power its backend, but besides that it has nothing to do with forms. 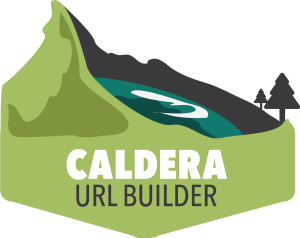 It’s a really unique plugin that lets you do something–creating unique rewrite structures, per post type–that used to be very complicated in a few minutes. Check out the demo video, it’s really neat.

While we started with the basic add-ons you’d expect for a form plugin–MailChimp, payment processors and user registration/ login, and we have more of those on the way, our newest add-on is the kind I’m more interested in making.

This new add-on lets logged in users track what posts they have viewed on a site is perfect for educational and other content-heavy membership sites. We could have easily written it to as a standalone plugin, but I felt like that was missing an opportunity. It is a simple plugin, that “just works” but also gives you a ton of potential for expandability, thanks to Caldera Forms.

By default, the form that powers it, which is automatically imported, just tracks clicks by user. Want to track the time or date of the submission? What about the IP they were using? You could easily add those as hidden fields using the Caldera Forms editor.

WordPress prides itself on its extensibility, but opposed to a drag and drop editor, the WordPress hooks are not exactly something anyone can just pick up and use. That’s important–our ecosystem is full of great solutions to get you 80 or 90 percent of the way there. How we help novice users across the finish line with their particular needs.

Do I think Caldera Forms itself is going to be a huge part of our business? No, I don’t. Is using it to add easily customizable functionality, to plugins like Caldera Easy Pods, going to make our plugins better? Yes, it is.

I love WordPress and one of the things that worries me is its particular version of the 80/20 problem. Too often the “Everything You Need To DO X With WordPress” solution for $49 dollars only gets you 80% of the way there and leaves the non-expert user frustrated, and facing increased time and expense to get a project done that seemed so easy.

This is a big problem, as the non-expert user makes up at least, if not more than 80% of WordPress users. How we serve them is going to make the difference in growing WordPress and improving its reputation moving forward.

I don’t have a silver-bullet for this problem. But it’s something I’ll be thinking and blogging about a lot this year. Of course, I’ll be keeping it in mind with every plugin release I do. No plugin or theme is going to solve 100% of a user’s problems a 100% of the time. So what I’m thinking about, and always looking for inspiration from my “competitors” from is how do we help users get across that last 20%.

This Is Who We Are

We’re not Gravity Forms. We’re CalderaWP. Our competitors inspire us, as much as making useful plugins do.

One thought on “What, Are You Taking On Gravity Forms?”