Over the last month, since our last major update, we’ve been working really hard on improving the performance and reliability of Caldera Forms. Today that effort has paid off, as we are releasing Caldera Forms 1.3.4 and 4 add-on updates.

Before I go on, I want to say that the growth of Caldera Forms over the last year has been really great, it’s humbling to see so many people use and enjoy it. As the plugin’s adoption has grown, we’ve also hit some rough patches in terms of the kinds of bugs you only find when you have so many sites using a plugin. It’s frustrating for everyone, and we are very eager to get this new version out as we’ve not only fixed some important bugs, but we’ve also built in more fallbacks for unavoidable situations.

This new version of Caldera Forms has two performance improvments. We have improved the performance of conditionals, and also made adjustments to how we save form configurations.

The changes to form configuration saving are minor, and will not overwrite any data. We have taken great care to avoid any issues. Since the location for individual form configurations has not changed, any issues will affect form editing, not the functionality of forms in the front-end of your site. We have not made any changes to how form entries are stored.

There is a detailed information about what has changed with form configuration, including a simple explanation and a more technical information in the documentation. That page also details why we have made the change and how it fits into our long-term roadmap.

There is more details on new filters and bug fixes below. But first, add-on updates!

These updates are all for premium add-ons. If you have an active license on your site, you should be able to update through WordPress. You can also download the update from your account page.

This update for Connected Forms fixes several bugs and adds one new feature. In the new version of Connected Forms you can now access the values from previous entries in the sequence using magic tags. Simply set a field’s value or default with the value of an default value using a {prev:field_slug} or {prev:field_id} magic tags.

This update also fixes issues that affected exporting of forms. In addition it addresses an issue where you could not advance through multi-page forms that were part of a connected form sequence.

The new processor requires Caldera Forms 1.3.4 or later. The original features are unaffected by the update and will work with older versions of Caldera Forms.

This is a minor update for our Stripe add-on. There are two changes:

This is a minor update for our Authorize.net add-on. There are two changes:

In Caldera Forms 1.3.4 the major areas we have improved are:

You can see the complete 1.3.4 milestone on Github to see what has changed, or read the changelog.

Since required checkbox fields are validated server-side, in some cases the required messages were not showing. This is discussed below, as it is a part of a larger issue that we have also addressed.

In the old version of Caldera Forms, a file field, that allowed multiple files to be added, would not be attached to the email. In addition, entry editing did not work properly with these fields. We have fixed these issues.

We have also addressed issues with required warnings being shown when the field was not required in some situations.

Real talk: We’ve done our best on this, but most of the time it’s not really our fault. OK, sometimes it is our fault.

There are many situations where a form submits and it appears to not have submitted. The problem here is that it submitted fine, or it returned the correct validation notices, but something triggered a PHP notice, error or warning. Yes, sometimes that is Caldera Forms’ fault, we’re not perfect, but what makes this especially hard to fix, is that it is often caused by another plugin or theme.

In Caldera Forms 1.3.4 we have introduced more ways to work around these issues, but there is no complete solution. In the new version we have built in new ways to disable out AJAX (no page refresh) processing, when it will cause an issue. In addition, we have introduced a better way to handle post-submission re-directs.

I am currently testing in a theme that intentional creates multiple PHP notices which previously would causes these issues with Caldera Forms and they seem to be handled with 1.3.4.

That said, I can’t overstate the importance of checking your JavaScript console for errors, and using the WordPress debug log to record errors.

Keeping Up To Date With Caldera Forms News

If you want to keep up to date with Caldera Forms news, you have many options besides checking this site. You can subscribe for updates via email, using the form in the sidebar. That form is built with our Postmatic add-on and the subscriptions are managed via Postmatic.

You can also follow us on Twitter and Facebook. In the Caldera Forms admin, there is a page called “community” that has selected posts from this site.

What’s Next For Caldera Forms? 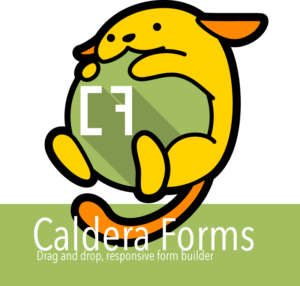 This release should help stabilize the plugin and allow us to focus more on improving it. Our roadmap calls for improvments to make our forms more easily translatable and improve the accessibility of the forms.

We will also be working to streamline database interactions. This will make the plugin more testable and also is an essential step towards Caldera Forms REST API, which is of course coming, beacuse Josh.

Also, field groups, repeatable fields, duplicating fields in the admin, these are all things that we will be exploring soon. We will also be working to improve our documentation.

Of course, there are more add-ons coming, some secret, some not so secret. You should follow along, I think you’re going to be impressed 🙂