Why I Came Back From Nashville All Excited About Gutenberg 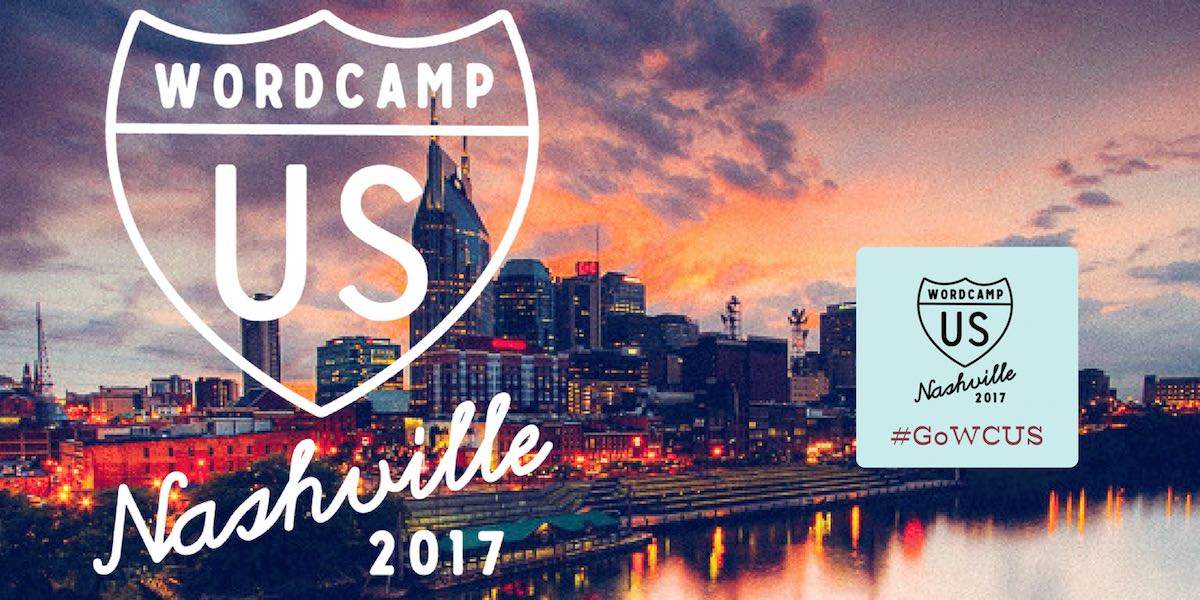 At this year’s WordCamp US in Nashville, Tennessee — the biggest WordPress convention in the United States, which was held last week — there was a lot of concern about the new post editor for WordPress that is coming soon. In June, when the first beta was released, I expressed my concerns about the changes in a post on Torque. In August, I outlined five ways I’d like to be proven wrong about Gutenberg

I just got back from WordCamp US — OK, it has been a few days I needed to recover — and I’m happy to report I’m super excited about Gutenberg. Not all of my concerns are gone, yet, but I believe they will be fixed over the next 3-4 months, which is the rough timeline for release.

Every year at WordCamp US, Matt Mullenweg — the co-founder of WordPress — gives his “State of the Word.” This year everyone was looking for an update on Gutenberg, which he provided. Just before WordCamp US, version 1.8 of Gutenberg was released. Two things jumped out in the release notes written by Matias Ventura as exciting to me: templates and reusable. I didn’t have a chance to test the new version before I left, but the demo of Gutenberg Matias gave during the State of the Word showed both features and more.

Along with a great talk by Morten Rand-Hendriksen on the future of WordPress with Gutenberg, I’m really excited about the next generation of WordPress and what this new post editor provides.

That’s right, I’ve gone from scared of Gutenberg to excited about Gutenberg over the last month or so and WordCamp US sealed that for me. I’d like to report back on why, after attending WordCamp US this year, I’m so excited.

BTW, Christie and I were honored to be speakers at this event. Find our slides here.

Gutenberg 1.8 introduces block templates. I can’t overstate how important I think this is. One of the big weaknesses I see in the WordPress post editor is that you can just put anything you want in there. That sounds good, but while I’m not a designer or an SEO, I know the importance of consistency in layout, semantics and structure of content. We’ve all seen a long wall of text as a WordPress page. It’s not nice, and we shouldn’t make it easy to do it.

In the demo during State of the Word, Matias showed how to register a book custom post type with a template of blocks. He then created a new book, and was given a place to insert the book cover and the book’s description. With that, Gutenberg created the layout for that book following the standard.

With Gutenberg we can start enforcing common design patterns and layouts in post content. As someone who knows the importance of consistency and good design — and can’t design — I love this development so much.

Gutenberg is making it easier for regular users to “draw within the lines” and create content that looks great. Matias also showed that the editor now warns you if you use color pairings that have insufficient color contrast or skip heading levels. This is awesome from an accessibility standpoint – in fact, the room started clapping.

Watch the demo in the video of State of the Word and I think you will see that Gutenberg is moving the post editor from just a fancy textbox to a tool for making your content correct. This is very exciting.

Matias also showed off how easy it will be to convert a block or group of blocks in a post into a reusable block. Being able to create a design element inside of post content and with a few clicks be able to reuse it in another post is also very exciting: think call to actions, promotions, product embeds, etc.

Earlier this year Joost de Valk of Yoast SEO wrote “An Alternative Approach To Gutenberg” where he argued that Gutenberg should improve the post editor, and leave the rest of the post edit screen as-is for now. While I like this idea for a lot of reasons, after seeing Morten’s talk at WordCamp US, I know understand that the post edit screen is the first screen Gutenberg is taking over. Gutenberg is coming for all of WordPress, and this is exciting.

In his WordCamp US talk “Gutenberg and the WordPress of Tomorrow” Morten compared the shift to Gutenberg to the shift to responsive design. In his talk he reminded us of the standard header, content, sidebar, footer layout of a website. Then he reminded us that while responsive design allows us to re-arrange that for small screens, that pattern doesn’t scale to VR and AR.

In Morten’s mind, and Matt seemed to endorse this in State of the Word, blocks will go everywhere and replace these tired concepts — header, footer, sidebar, etc. By creating these things out of blocks, users can start to define where they put blocks — on the page, in 3D space or even which device.

This is all super exciting. Having a block as something standard that works anywhere you put it or your user puts it will make a WordPress site into a platform. If you have a phone linked to a watch and/or a VR headset, you can start to arrange your mobile computing experience around the space you create according to your needs. It’s all very early, but if WordPress is going to democratize delivering that kind of platform, I’m extra excited.

Matias warned that his demo was using a custom build of Gutenberg that he merged several in-progress features into. The technology is promising, but it’s not totally there yet.

More importantly, the editing experience has improved a ton since the first beta. I want to use the new editor now. Before it scared me. Shortcodes are working, metaboxes are a major question mark, and there is a lot of work left to be done on accessibility.

While I worry about backwards compatibility for metaboxes, I think my biggest concerns are addressed or will be addressed. I do think storing Gutenberg’s raw content in the existing post content column as a string is a mistake that will have to get fixed later with a new column and proper content object, but we’ll get there.

Before I wasn’t clear what problem Gutenberg was solving. I felt like a better post editor was clearly needed, but Gutenberg looked like it was reverse-engineering Medium, which didn’t make sense for how I see most people using WordPress today — as small businesses or in the enterprise.

Now I understand that Gutenberg is about making content creation more modular, better designed, more consistent and more reusable. More importantly, Gutenberg blocks are going to escape the post content box and that’s where it’s going to get really fun.

When Is WordPress 5.0 Being Released?

In the State of the Word, Matt said he thinks Gutenberg needs about twelve more iterations. WordPress 5.0 is slated to be released when Gutenberg is ready. According to the current pace of releases, that means 4 months, but I suspect the holidays will slow that down. While I’d love to get a more firm release date, Matt is right to use “when it’s ready” as the milestone as opposed to an arbitrary deadline. We do this with our product too because it makes sense.

This rough timeline makes sense to me, as long as the spec for metabox compatibility with WordPress 5.0 isn’t complex. We will not know until that issue is settled.

I haven’t left a WordCamp feeling excited about what comes next for the platform since I went to a WordCamp and learned about the WordPress REST API. I’ve left a lot worried. Worried about how hard WordPress had become to use, how behind the times we were in terms of UX and technology and how worried I was about developers leaving for more exciting platforms.

Before WordCamp US, I figured I’d eventually add a Caldera Forms block. Meh, not excited.

After WordCamp US, I’m dying to build a Caldera Forms block, and more complex blocks and block templates that provide a cohesive layout component including a Caldera Form. I’m starting to see long-term how Gutenberg could make our plugin better. That’s the job of WordPress core, to provide not just sensible defaults, but also cool tools that enable developers to create plugins and themes that make users not just realize their goals with WordPress, but to have fun doing it.